Abstract: In the Recent years, the voice controlled Home Automation System have seen a rapid change due to Introduction of various wireless technologies. This system is the most suited to seniors and the disabled Person’s Especially those who live alone and since recognize voice so it is secure. The words manipulated home Automation system is designed to control all lights and electrical home appliances in a home or office using voice instructions.

All that the end user needs is an Android Operating System (OS) Smartphone, which exists in almost everybody’s hand nowadays, and a control signal. The control circuit involves an Arduino Uno microcontroller, which steps the user commands and controls the switching of devices. The connection between The microcontroller and the Smartphone is made via Bluetooth, a widespread wireless technologies used for writing data & integer data.

Introduction: The foremost aim of technology has been to increase efficiency and minimize work. With the advent of ‘Internet of Things’ in the last decade, we have been pushing for ubiquitous computing in all spheres of life. That thus features extreme importance to simplify human interfacing with technology. Voice controlled House Automation Program aims to further the reason for automation in order to achieve the purpose of simplicity.

If the first computers came around, reaching the level of sophistication in order to narrate voice controlled home Automation System deploys the use of voice to control devices. We have deployed an Android OS Application as user entrance end mostly due to reduce at which the program provides us with means to use complex technology and as a result of widespread re-homing in the mobile Industry. Android OS is the most common OS for over 80% of the mobile phones users [3]. Voice controlled House Automation System leverages the potency of Arduino to provide an all-natural Voice controlled House Automation System. Using Natural language Handling and the available hardware generally in most smart phones, it converts voice to be used for controlling electrical devices. 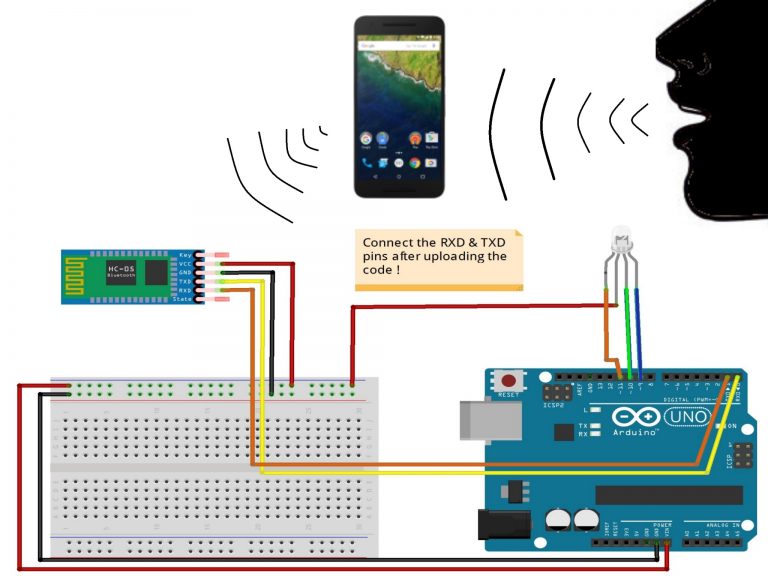 The key components of this system are:

Arduino UNO: The Arduino UNO is a microcontroller Board primarily based on the ATmega328p. It has 14 digital input/output pins (of which 6 can be used as PWM outputs), 6 analog inputs, a 16 MHz ceramic resonator, a USB connection, a electricity jack, an ICSP header, and a reset button. It contains everything needed to support the microcontroller. The use of a USB cable or power it with an AC-to-DC adapter.

The Arduino circuit acts as an interface among the software element and the hardware a part of the project. The Bluetooth module transmits the text to the Arduino Uno serial port. The text is matched in opposition to the numerous combinations. The appliances are connected via the relay boards to pin numbers 2, 3 and 4 of the Arduino Uno. When the matching text is detected the corresponding pin number is given a high or low output signal to switch the appliance on and off respectively. 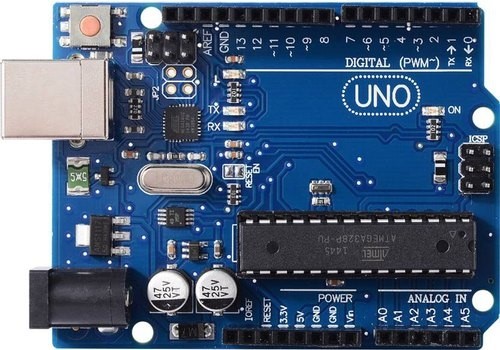 Bluetooth Module: Bluetooth is a wireless technology general for exchanging data over short distances (the usage of brief-wavelength UHF radio waves inside the ISM band from 2.four to 2.485 GHz) from constant and cell devices and building non-public area networks (PANs) .The Bluetooth module being used permits us to transmit and acquire signals. It gets the textual content from the Android Smartphone and transmits it to the serial port of the Arduino Uno. 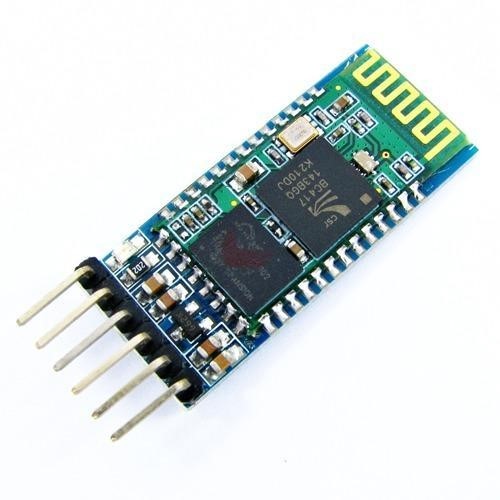 Android Based Phone: Android is a mobile working machine (OS) primarIly based at the Linux kernel and currently evolved by using Google. With a person interface based totally on direct manipulation, the OS makes use of contact inputs that loosely correspond to actual-global moves, like swiping, tapping, pinching, and opposite pinching to govern on-display items, and a virtual keyboard. We have used the Android platform because of it’s massive market globally and it’s clean to use consumer interface programs on the Android phones. The voice recognizer that’s an in constructed characteristic of Android telephones is used to build an application which the person can perform to automate the appliances in his residence.

The microphone voice command is given to switch the corresponding device on/off. The voice recognizer listens and converts what’s said to the nearest matching phrases or text. The Bluetooth adapter gift inside the cell phone is configured to send this article to the Bluetooth module on the Arduino Uno board that might in flip manage the electric appliances. 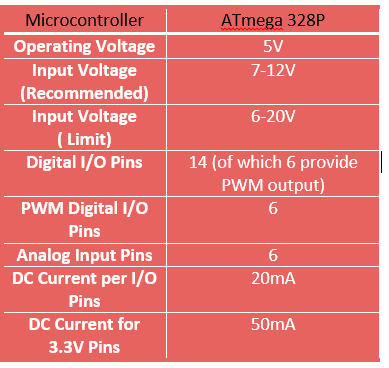 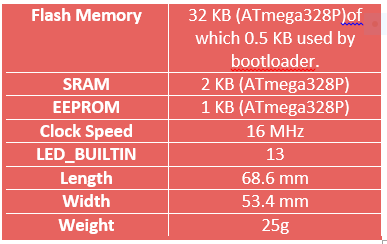 Remote Station: The remote station [13] will operate with equal +5 V electricity supply. The station microcontroller receives the digital sign commands from the base station using the wireless protocol and plays the request feature. On the basis of command signals obtain it’s going to update the reputation of relay switches board.

Speech Recognition Unit: The speech reputation gadget [8] is a totally assembled and easy to use programmable speech popularity circuit. Programmable within the sense that we can train the words that we want the circuit to recognize. This circuit board permits us to test with many sides of speech popularity technology. It has 8 bit data out which can be interfaced with any microcontroller for in addition development.

Power Supply Unit: In the power section a simple 9-12V battery is connected with the transmitting end as well as receiving quite. since the microcontroller which is the crucial processing unit works on regulated +5V power deliver so this can be done by connecting a +5 volt regulator on the output of battery. 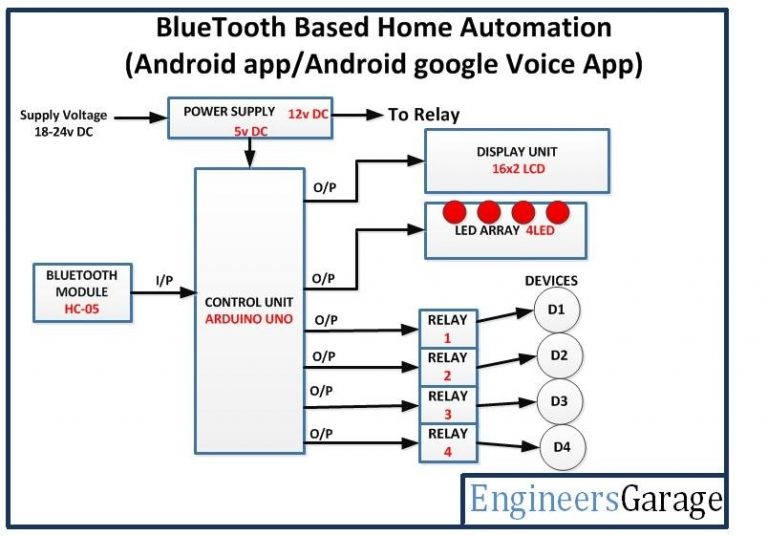 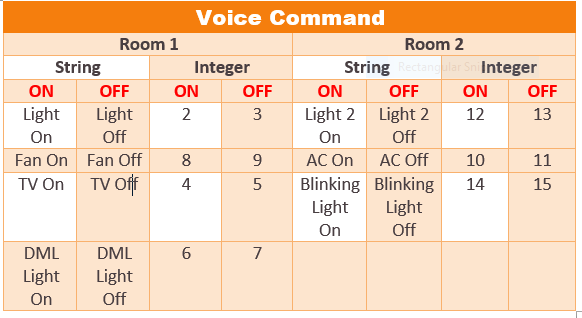 Conclusion: Voice recognition Home Automation System is a Very useful project for the adults and physically disabled persons, who are not able to do various activities efficiently when they are at home and need one’s assistant to perform those tasks. It is easy to use. The functionality of the system is easy to understand. It is very useful for winter season and more useful who are physically injured. The cost of the system is not very high.

The proposed project undertakes a viable solution the need of automation at the very basic level, that is, in our homes. The project will enable us to bring every appliance at every corner of our home under our control from a single point without having to get up and manually switch on or off the appliance.

The use of a Bluetooth module assists the use of this system from various locations in our house. So every user can choose the system for their home Automation system without any hesitations.